Over-Fishing Sanctions Imposed by the EU 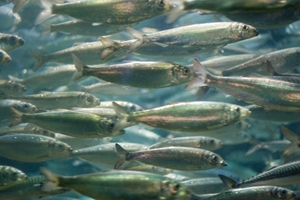 A week ago, the Faroe Islands launched a trade dispute at the World Trade Organization to challenge a European Union ban on imports of Faroese herring and mackerel and restrictions on Faroese vessels entering EU ports. The Faroese Prime Minister said, “The measures implemented by the EU are in clear contravention of basic provisions of the WTO Agreement.” The EU on the other hand has claimed that measures are a means to conserve the Atlanto-Scandian herring. However, the Faroese claim that the measures implemented by the EU appear to protect EU industry interests and that the measures of the European Union described are inconsistent with obligations of the European Union under the covered agreements.

In August, the EU banned the Faroese imports in an escalating row about alleged over-fishing, and EU officials said similar steps against Iceland would follow. The Faroe Islands has also brought its case to an arbitration tribunal under the United Nations Convention on the Law of the Sea. This is the first time the EU has used new powers to penalize neighboring lands deemed to have flouted international rules on the amount of fish that can be pulled from European waters.

The EU fisheries commissioner, Maria Damanaki, stated that “given the gravity of the situation and the lack of cooperation from the Faroese authorities, we had no option but to move ahead and take all necessary steps in ensuring a sustainable herring fishery.”

The Atlano-Scandian herring stock was managed jointly by Norway,Russia, Iceland, the Faroe Islands and the European Union up until this past year. Under United Nations rules, the Faroe Islands must negotiate the size of their herring and mackerel catch with the EU, Iceland, Russia and Norway. The allocation of the herring stock was under negotiations between all five states. The Faroese government is allowing Faroese fishermen to catch 105,230 tons of herring in 2013, up from 31,000 tons in 2012, just as the EU has approved new checks on over-fishing it hopes will allow its regional fish stocks to revive.

In August, the EU established measures in respect of the Faeroe Islands to ensure the conservation of the Atlanto-Scandian herring stock.  The Implementing Regulation asserts that the “Faeroe Islands shall be identified as a country allowing non-sustainable fishing” of the Atlanto-Scandian herring stock. Article 4(1)(i) of Regulation (EU) No. 1026/2012 of the European Parliament was implemented for the purpose of conservation of fish stocks in relation to countries allowing non-sustainable fishing.

Although it seems like the the Faroese have violated the EU’s rules against over-fishing of the herring and mackerel stock, they claim that they are an important stakeholder of the fish stocks in the Northeast Atlantic and the sanctions placed will seriously hurt their economy because it will make it harder for them to get multilateral deals on their fish exports. Does the economic risk outweigh the EU regulations? Or do you think that this is the right move by the EU? Could there have been some other option other than sanctions that the EU could have done to get its point across?