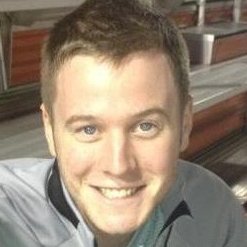 The decade proceeding the 9/11 tragedy has been very unkind to the human rights regime, as many western nations have committed human rights abuses in their mission to com-bat terrorism. Both the United States and the United Kingdom have been engaged in wars in Iraq and Afghanistan, where they perpetrated terrible crimes and violated important tenants of international law. These violations, ranging from allegations of torture, to wrongful deaths, are prohibited by human rights law. In fact, human rights treaties such as the International Covenant on Civil and Political Rights (ICCPR) and the European Convention on Human Rights (ECHR) were enacted with the express purpose of eliminating the very atrocities that have been committed in the “war on terror.” Unfortunately, the United States and the United Kingdom have maintained that human rights treaties do not apply beyond their territorial borders. The issue of the extraterritorial nature of the treaties is therefore crucially important, since the crimes that have been committed by these two nations can only be remedied if the treaties can be interpreted to apply to the territory in question.

On July 7, 2011, the European Court of Human Rights (ECtHR) issued a landmark decision in Al-Skeini et al. v. The United Kingdom, overturning the United Kingdom’s House of Lords decision and issuing a strong precedent stating human rights treaties should apply extraterritorially.  Al- Skeini held that the ECHR applied to six Iraqi civilians who were killed while under the authority and control of the British military during their occupation in 2003.  This case is the most recent of court opinions that have affirmed the notion that the object and purpose of a human rights instrument should be taken into heavy consideration when determining the extraterritorial nature of a treaty.

In determining whether human rights treaties apply extraterritorially, it is obviously necessary to analyze important provisions and terms in a particular agreement. However, as illustrated in The Vienna Convention on the Law of Treaties (the Vienna Convention), the analysis of a human rights instrument often hinges on semantics. Traditionally, the meaning of a provision was based on the definiteness of the language and the plain meaning of the terms.  Recently, however, courts such as the ECtHR have been reluctant to settle with the “ordinary meaning analysis” of treaty interpretation (as suggested in Article 31 of the Vienna Convention) when there are “manifestly absurd” results from adherence to such an approach.  Instead, many international courts have embraced the exceptions present in Article 32 of the Vienna Convention, allowing them to bring in subsequent state practice, context, purpose, and travaux preparatoires.

Consequently, a complete understanding of the defini-tions of each word or phrase is essential to a proper analysis. As Joanne Williams points out in her article, Al-Skeini: A Flawed Interpretation of Bankovic, jurisdiction and territory are not interchangeable.  “Jurisdiction refers to a particular sphere of legal competence, while “territory” refers to a geo-graphical area.”   While all actions occurring within the state’s sovereign territory are within its jurisdiction, it does not follow that actions occurring extraterritorially are therefore outside of the state’s jurisdiction.

Most treaties are specific and clear to which geographical areas they apply.  They contain provisions of territorial jurisdiction, limiting the treaties’ applicability to actions occurring within the boundaries of the state. The European Convention, however, does not contain any such provision, and is unclear as to its territorial scope. Moreover, while the ICCPR does have a territorial provision, it has not been applied in that fashion. This Note discusses the extraterritorial application of both treaties, and specifically seeks to determine whether their provisions apply to actions of state actors outside of their territories.

Part I of this Note outlines the applicable international law and examines the history of the ECHR and the issue of its extraterritorial application. This section will trace the history of this contentious issue through the past few decades, concentrating in particular on the ECtHR’s decision in Bankovic et al. v. Belgium et al. Part II will discuss the ECtHR’s decision in Al-Skeini v. United Kingdom, and the Court’s rationale for its holding. Although the decision in Al-Skeini did not overturn Bankovic, it modified the precedent going forward, and stands as a monumental decision for extraterritorial application of human rights treaties.

Part III weighs the impact of the Al-Skeini decision against the continued failure of the United States to apply their human rights instruments extraterritorially. Focusing on the application of the ICCPR to its human rights abuses across the world, this Note will outline the United States’ troubling perspective. It will close with the suggestion that the United States might be slowly accepting this growing international custom.

Full Article can be downloaded here