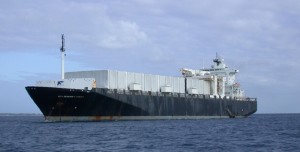 Cooperation and Harmonisation in the Transportation Rules: GATS as a Gateway to Integrating the Existing Seaborne Cargo Regimes into the WTO

Maritime transport is an important facilitator for world trade. The WTO (World Trade Organization) estimates that approximately four-fifths of goods by volume are carried by sea. The maritime transport sector, as a large-scale service sector, also directly contributes to world economic activity. In this context, the Hague Rules (International Convention for the Unification of Certain Rules of Law relating to Bills of Lading) of 1924 and their amendments might be the most influential conventions on carriage of goods by sea which have been devised so far. However, these rules have become too old to accommodate newly emerging shipping commercial practices such as e-commerce and multimodal transport.

The UN tried to replace the older conventions and harmonize the conflicts between them in the 1970s. Even though the UN had concluded two more conventions – Hamburg and Rotterdam Rules – they were not able to obtain ratifications to replace the earlier conventions. Consequently, the UN approach to uniformity encountered a dilemma when aiming to coordinate, but in fact causing more conflicts and chaos, the rules of sea carriage.

In order to fulfil the task of unifying the international sea cargo regimes, the UN approach could be improved with supplements from the WTO framework. Theoretically, there is a legal basis for cooperation between the UN and WTO under the WTO Agreements. In practice, the UN and the WTO have already collaboratively worked on promoting uniformity of other areas of private rights. For instance, they have two parallel administration systems which monitor the implementation of conventions on intellectual property rights; conventions under the UN’s administration were also partially incorporated into the WTO agreement (TRIPs) through referencing. In this way, the Hague, Hamburg and Rotterdam Rules, or other related conventions, could also be implemented under both the UN and the WTO frameworks.

Moreover, maritime carriage negotiations do not start from a zero basis in the WTO framework. They have been put into the WTO negotiating agenda since the Uruguay Round negotiations in the 1980s. There are a significant number of lessons to be learned from existing negotiations. For instance, maritime studies sometimes built arguments on practice, but it is impossible for individual scholars to conduct empirical research to evaluate the validity of these arguments. In this case, the WTO had already conducted a questionnaire on the maritime industry to fill in the empirical vacuum in 1995. Therefore, it is a valuable and feasible proposition to suggest that the UN and the WTO may cooperatively work on the future uniformity of sea cargo regimes.

Ms Lijun Zhao is a doctorate candidate for International Trade and Maritime Law at School of Law, Bangor University, UK. She was awarded China National Anglo-American Law Article Grant in 2006, bar certificate in 2008 and LLM degree in 2010, respectively. She presented a paper “Problems of Multimodal Transport in International Trade” and “Economic Justification for Standardisations of Sea Cargo Regimes” in the Hague Institute and National University of Ireland. Her key research areas are maritime law, international trade law and WTO law. Currently, she is working on public-private partnership in international organizations and a survey of professionals’ understanding of the Rotterdam Rules.