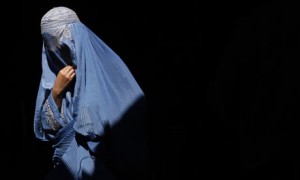 Many Afghani politicians are not shy about their intentions to continue the oppression of women, commonly associated with prior Taliban rule. Proposals to re-establish public execution by stoning for adulterers and plans to remove the 2009 Elimination of Violence Against Women Law (EVAW), are just a couple of examples. Starting during the Taliban reign in Afghanistan, women’s movement was, and still is, restricted. Females were not permitted to leave the home, have to wear full coverage burqas, and were not allowed to attend school. The EVAW, enacted in 2009, “criminalizes child marriage, selling and buying women to settle disputes, assault and more than a dozen other acts of violence and abuse against women.” Although the law’s enactment was a step in the right direction, the U.N. reported a lack of actual convictions against perpetrators of these crimes. International troops and aid have been present in Afghanistan since the invasion/response to the September 11thattacks, but forces are expected to depart within the current year.

Afghanistan parliament recently agreed upon revisions, Article 26 legislation, to their criminal code, which prohibit relatives to act as witnesses/testify in trial. This means that domestic violence, which generally relies heavily on the testimony of relatives, will be extremely limited. Relatives of accused abusers will be barred from testifying against them. The draft of Article 26 section involving the “Prohibition of Questioning an Individual as a Witness” states broadly that, “[t]he following people cannot be questioned as witnesses: . . . 4) Relatives of the accused.” The law still needs the approval of President Hamid Karzai before becoming finalized. Human rights groups, foreign embassies, United States government, and European Union policy specialists are urging the President to use his veto power. It is foreseeable that the law would make it near impossible for women to obtain proper legal standing for a criminal report which would act to deter victims from reporting crimes at all.

Will the freedoms Afghani women have gained be taken away again once international troops are gone? Won’t Article 26 be a huge setback for women’s rights in Afghanistan, if it is implemented?