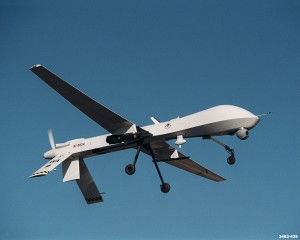 Since the invasion of Afghanistan in 2001, the United States has utilized Unmanned Aerial Vehicles (UAV) to locate, surveil and kill members of the Taliban, Al-Qaeda (AQ) and its associated forces.  Such killings have decimated the leadership of these groups and disrupted their operations.  Recent events are no exception.  On November 1, 2013, a UAV strike killed Hakimullah Mehsud, the leader of the Pakistani Taliban in northwestern Pakistan.  Although reports indicate the attack that killed Mehsud did not involve civilian deaths, as with other UAV strikes there are collateral effects.  Mehsud’s death created a vacancy in leadership, which was quickly filled by a ruthless chief, Mullah Fazlullah.  Fazlullah’s group has the infamous distinction of beheading villagers to spread terror and carrying out the attack on Malala Yousafzai, a teenager who had spoken out against the Taliban.  Malala was on her way to school when Fazlullah’s group shot her in the head.  She miraculously survived the assault.

There are other collateral effects besides creating a leadership vacancy that is filled by a coldblooded killer.  Civilian deaths and property damage from UAV increase resentment and hatred toward the U.S., which is channeled by terrorist groups to recruit new members and increase local support.  Moreover, targeted killings outside a combat zone have political and diplomatic consequences.  For example, Mehsud’s death was criticized by Pakistani officials for allegedly jeopardizing peace talks between the Pakistani government and Pakistani Taliban.  Pakistan intends to file a protest with the United Nations Security Council.  In addition, the Pakistani Interior Minister has threatened to stop supply routes through Pakistan that deliver materiel and supplies to U.S. and allied troops in Afghanistan.

Although controversial, the essay argues the current uses of UAV are legal under international and domestic law.  However, it proposes amended targeting criteria, greater transparency and increased checks on the executive branch for future use of UAV.  The recommended changes should decrease the collateral effects of UAV strikes.

Michael Deegan is a colonel in the Judge Advocate General’s Corps of the U.S. Army Reserve.  He is presently assigned to the International and Operational Law Division of the Office of The Judge Advocate General, Washington, D.C. serving as the Assistant Chief.  Between 2011 and 2012, the author served as the Deputy Staff Judge Advocate to the Joint Combined Task Force, Horn of Africa in Djibouti.  He is an adjunct staff member of the Defense Institute of International Legal Studies where he provides training on international and operational law issues and engages with soldiers from allied and partner militaries.  The above piece is an excerpt from an essay the author submitted to complete his Master’s degree in Strategic Studies from the U.S. Army War College.  The essay was awarded the Commandant’s Award for Distinction in Research.  The opinions and conclusions herein are those of the author and do not necessarily represent the views of the U.S. Army War College, the U.S. Army Judge Advocate General’s Corps, or the U.S. Department of Defense.