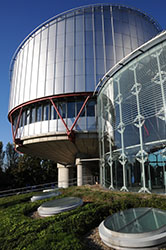 On March 11, 2014, the European Court of Human Rights delivered its opinion and judgment, although not final, in the case of Howald Moor and Others v. Switzerland.  ECHR held that the statute of limitations imposed in Switzerland concerning diseases, which could not be diagnosed until it is apparent to the person bar the plaintiff from accessing to a court and sue for damages.  Therefore, the Court found that there had been a violation of Article 6 § 1 (right of access to a court).

The plaintiff, Hans Moor was a Swiss citizen who spent her entire career working in a machinery plant. During the course of his work, he was exposed to asbestos dust for several years. However, the practice of asbestos spraying was banned during the 1970s, and there has been a general ban on the use of asbestos in Switzerland since 1989.  In May 2004, Mr. Moor was diagnosed with malignant pleural mesothelioma caused by exposure to asbestos.  The Swiss national accident insurance fund (“the CNA”) paid Mr. Moor annuity and benefits until his death.

On October 25, 2005, Mr. Moor applied to the courts seeking an award from his employer in respect of pecuniary and non-pecuniary damage.  He claimed that his employer failed to take necessary measures to protect employees exposed to asbestos on a regular basis.  However, Mr. Moor died of the disease on November 2005.  After Mr. Moor’s death, Mrs. Moor brought a claim against the CNA and her husband’s employer contending that they were jointly and severally liable for his death and the CAN failed in its obligations concerning occupational health and safety.  Ultimately, Mr. Moor’s daughters joined the proceedings as well.

The ultimate judgment received from the Federal Court was that since the absolute time limit of ten years from the date of the occurrence of the damage had expired, the plaintiffs were barred.  Further, the Federal Court acknowledged that it is possible that the damage could not be predicted with certainty or became apparent to the persons suffering certain diseases before the statute of limitations runs out.  However, since the legislature had not laid down any specific rules on asbestos-related damage, the Court held that the plaintiffs’ claim was unfounded.

The plaintiffs lodged their claims on August 4, 2010 to the ECHR.  The ECHR noted that before the victims even are objectively aware of the disease and their rights in courts, the statute of limitations runs out.  Therefore, while the Court acknowledged that the law on the statute of limitation pursued a legitimate aim for purposes of legal certainty, it still declared that the systematic application of the rule to persons suffering from diseases, such as the one Mr. Moor suffered deprives the persons from accessing to courts and asserting their rights. Finally, the Court emphasized that in calculating the limitation period; the fact that a person suffering from a certain disease, which is scientifically proven to be unknown, until it is diagnosed or became apparent should be taken into account.

What do you think of the ECHR’s decision concerning this method of calculating the limitation period with respect to certain diseases?  Do you think the Court’s interpretation is fair and accurate or the statute of limitation should start running from the time the incident occurred? Would you recommend the Swiss legislatures to change the law immediately, especially after the ECHR ruling?