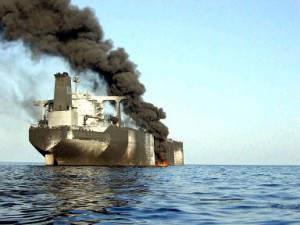 In October of 2000, alleged Al-Qaeda terrorists led by Osama bin Laden, attacked the U.S. Navy destroyer Cole in a Yemen harbor. The attack was a suicide explosion which ultimately killed seventeen of the Cole’s crew members and wounded thirty nine, while seriously damaging the U.S. military ship. One of the suspected orchestrating terrorists, Abd al Rahim al-Nashiri, was held in undisclosed CIA prisons until his transfer to Guantanamo Bay Cuba in 2006. Al-Nashiri’s military trial will be held this December 2014 and significant pre-trial motions and judicial orders are currently being conducted.

Military Judge Army Col. James Pohl ordered Prosecutors to release an, until now, undisclosed CIA inspector general’s report on al-Nashiri’s treatment while he was being kept in CIA secret prisons. Information solicitation methods allegedly used against al-Nashiri, are thought to have been, “beyond approved interrogation procedures”. Many of the methods alleged in the report have already been rejected as torture but Defense attorneys believe these CIA actions have ruined the Prosecution’s case against al-Nashiri, since information obtained by him was allegedly done so unjustly. This is consequential to the Prosecution’s case because military commission rules prevent the use of, “evidence or testimony obtained by coercion.” Prosecutors argue that the information contained in the report is irrelevant to al-Nashiri’s case.

It doesn’t seem just for prisoners to have different levels of appropriate treatment depending on the severity of the alleged crime violated, especially before they are proven guilty. But at the same time, gathering information from these terrorist group members does seem essential to protecting the citizens of the United States from future violent attacks. Do you believe his treatment while detained is relevant to the horrendous crimes for which he is charged? If he was improperly treated, and if he is found guilty of organizing the attack, do you believe his sentence should be lessened because of the CIA’s conduct? Do you believe this conduct should prevent the Prosecution from bringing certain evidence obtained or do you think this matter should be considered entirely separate?