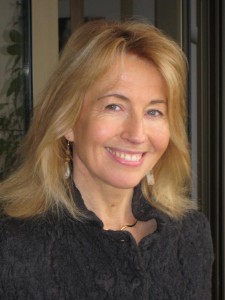 Pace International Law Review is honored to feature articles from its Spring 2013 symposium on Comparative Sex Regimes and Corporate Governance. Today we share Corporate Governance Sex Regimes: Peripheral Thoughts from Across the Atlantic by Horatia Muir Watt. Horatia Muir Watt is a Professor at Sciences-Po Paris, where she is the Co-Director of the Global Governance Studies. Ms. Watt received a PhD in private international law from the University of Pantheon-Assas Paris 2, she taught at the University of Tours, at the University of Paris XI, and at the University of Paris| Pantheon-Sorbone between 1996 and 2009 and she was appointed to Science Po in 2009. Ms. Watt’s current article discusses the issues facing compulsory quotas for women in corporate boards, in light of the new French Law mandating its institution, as well as some of the tensions and contradictions within French contemporary thought that these issues elicit:

The very recent and highly mediatized “Declaration of the 343 Salauds”, where 343 (male) signatures in support of prostitution in a form designed to echo the highly significant declaration of as many women in 1971 in favor of the legalization of abortion, sheds particularly interesting light upon debate about sex regimes in connection with French law. France has recently introduced compulsory quotas for women in corporate boards after imposing la parité for public appointments. A comparative perspective, confronting this recent legislative development from across the Atlantic with policy views on affirmative action and philosophical conceptions of diversity in the United States, highlights the importance of the social, political or economic environment in which the issue of sex regimes arises as well as other forms of enforced diversity. Moreover, the way in which the issues are framed (how are the stakes for women presented? what about other minorities?) and the salience they have in the public space (who reacts? with what political support?) reveals a variety of cultural idiosyncrasies or paradoxes on each side. This short paper will start by sketching out some of these issues in the form of a general approach (I). It will then look more closely at some of the tensions and contradictions within contemporary French feminist thought: first through Bourdieu’s specific brand of social theory in La Domination Masculine (II), then in the writings of Elisabeth Badinter on X Y Identité Masculine (III).