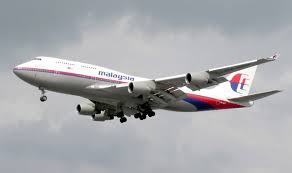 As many of you may already be aware, this past Thursday, July 17, 2014, Malaysia Airlines flight MH17 was shot down over eastern Ukraine by a surface-to-air missile, resulting in the deaths of all 298 people on board. This is a tragedy that has brought the international community in solidarity and cooperation to ensure that the families of the victims are able to give the respect that their dead deserve. The United Nations Security Council bowed to ensure the proper investigation is conducted and today they have issued a resolution.

The Security Council today, in their resolution, called for an international investigation into last week’s downing of a Malaysia Airlines passenger flight in eastern Ukraine, and demanded that armed groups allow unfettered access to the crash site and ensure that its integrity is maintained by not tampering with the existing accident scene.

The 15-member body condemned “in the strongest terms” the downing of flight MH17 in Ukraine, by promptly declaring a unanimously decided resolution by the entire council.

The UN resolution supported efforts to establish “a full, thorough and independent international investigation” into the incident in accordance with international civil aviation guidelines. Council members also insisted on the “dignified, respectful and professional” treatment and recovery of the bodies of the victims. It also demanded that all military activities, including by armed groups, be immediately ceased in the immediate area surrounding the crash site to allow for security and safety of the international investigation. The Council also demanded that those responsible for this incident to be held to account and that all States cooperate fully with efforts to establish accountability.

Last week Under-Secretary-General for Political Affairs Jeffrey Feltman told the Council that while the UN had no independent verification of the circumstances regarding the crash, Secretary General Ban Ki-moon was alarmed at “credible, numerous reports” suggesting that a sophisticated surface-to-air missile was used. The apparent deliberate downing of the flight over eastern Ukraine, he added, highlighted the need for an urgent resumption of a ceasefire and a serious effort to end the ongoing crisis in that country. “This horrifying incident serves as the starkest reminder of how dire the situation in eastern Ukraine has become – and how it affects countries and families well beyond Ukraine’s borders,” he said in a briefing to the Council.