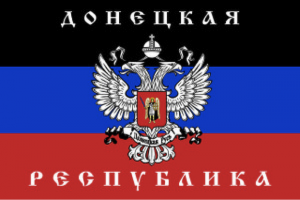 In Eastern Ukraine innocent civilians are being detained, tortured, and forced to do labor by armed fighters supporting the self-proclaimed Donetsk People’s Republic (DPR) and Luhansk People’s Republic (LPR). Starting in April 2014, these rebel fighters have detained hundreds of civilians. They targeted presumed critics, including journalists, pro-Ukrainian political activists, and religious activities.

The Europe and Central Asia director of Human Rights Watch, Hugh Williamson, stated that: “Pro-Russian insurgents (a.k.a. rebels) are regularly committing horrendous crimes. There are solid grounds to be seriously concerned about the safety and well-being of anyone held by insurgent forces in eastern Ukraine.”

In August 2014, Human Rights Watch researchers documented twenty cases in eastern Ukraine concerning rebel fighters who had captured and tortured civilians. Additionally, they interviewed twelve people who declared that they were beaten, stabbed, or lacerated, burned with cigarettes, and were subjected to mock executions. Among these hostages six of them were either used for ransom or to exchange with captured insurgents held by Ukrainian authorities.

The Common Article 3 to the Geneva Conventions and Article 4.2 of Additional Protocol II (governing non-international armed conflicts) bans taking hostages and abducting civilians. However, as a party to the conflict insurgents can capture enemy soldiers or persons on security grounds, subject to due process. There is evidence that has been found by the Human Rights Watch, which concludes that rebel fighters are surpassing this authority by abducting civilians they identify as critics. Under international human rights and humanitarian law, torture and cruel treatment of people in custody is completely prohibited and “states have no obligation to prosecute those responsible.”

Something needs to be done to help these innocent civilians who are being tortured and detained for no reason. There is no reason why these civilians have to live in fear that one day he/she could be abducted and tortured.

Williamson announced: “Self-proclaimed authorities in eastern Ukraine should immediately free anyone held arbitrarily, put an end to arbitrary detentions, extrajudicial killings, hostage-taking, and torture of detainees, and treat anyone in custody – civilians and military alike – humanely and with dignity. Russia should use its influence with insurgent forces in eastern Ukraine to stop these blatant violations and ensure that those responsible are brought to justice.” Do you agree with Williamson? Why or why not? What do you think should be done to help these innocent civilians?