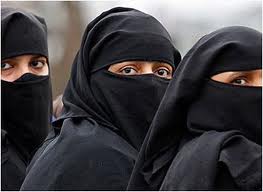 ISIS, which stands for Islamic State of Iraq and the Levant is a Sunni-Jihadist terrorist group in the Middle East which claims religious and political authority over all Muslims across the world. They have been accused of ethnic cleansing of minority groups in Iraq. They have taken over Qaraqosh, Iraq’s largest Christian city, which hosts Christians and Yazidis.

The Yazidis, a Kurdish community which practices the ancient religion of Yazidism have become the latest target of the ISIS. The Yazidis woman have become victims of ISIS’s new physical and psychological war fare. In Iraq, ISIS has turned the Badush prison in the northern city of Mosul into a slavery operation. The captured Yazidi women who are being held at the prison, have two choices. They can either convert to Islam so they can be sold as brides to Islamist Fighters starting from $25 up to $150 or they have to submit to daily rapes by their captors. These captive women, who are as young as 14 years old, include members from other religious minority groups like Turkomans. ISIS has even made the young women call their families and describe their horrible state in detail as a means to cause psychological warfare on them.

President Obama has announced that airstrikes will continue to protect American facilities and remaining personnel in Iraq from ISIS. The United Nations estimates that 12 million adults and kids may be victims of trafficking, and 79% of human trafficking is connected to sexual exploitation. In 2000, President Clinton signed Trafficking Victims Protection Act (TVPA) into law. The Act made human trafficking a federal crime and it aimed to “prevent human trafficking overseas, to protect victims and help them rebuild their lives in the United States, and to prosecute traffickers of humans.”

The United Nations Convention against Transnational Organized Crime enforces international compliance for human, specifically sexual trafficking from states that sign a treaty and subject them to be monitored by the U.N. Even though Iraq has never officially signed the treaty, I believe that U.N should intervene in ISIS’s human trafficking, along with United States since they both have strong laws in place against human trafficking. The women, under the supervision of U.N. should be taken out of Iraq, and given a chance to rebuild their lives in the United States under TVPA law.

I am glad that U.S is not being silent when young women are being raped, but as a global society, are we doing enough? Why are other nations silent and allowing these atrocities to continue? Are they afraid that if they intervene, they might be next? I believe that silence promotes re-occurrence of injustice. We must discuss these events, instead of the MTV awards in mainstream media and bring awareness to the public so we can make a change.