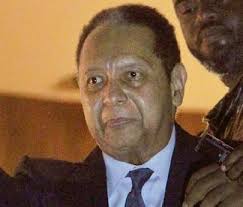 On October 4, 2014, Haiti’s former dictator Jean-Claude “Baby Doc” Duvalier passed away. This is of great significance due to the fact he was on trial for the multitude of human rights violations that occurred during his tenure. Duvalier became Haiti’s dictator in 1971 and ruled until 1986 where he then took a 25-year exile in France. His reign encomapssed various human rights violations including, abuse of political prisoners, extrajudicial killings, and the censoring of independent radio and newspaper stations. Duvalier ended his exile in 2011 and soon after authorities reopened a criminal case against him.  An investigating judge ruled that the statute of limitations had expired, but the case moved forward on appeal with Duvalier passing before he could be properly tried on these egregious charges.

The first troubling aspect of Duvalier’s criminal proceedings was that an investigating judge actually ruled that the statute of limitations had expired on Duvalier’s human rights violations. It is a well-known and customary policy in international law that there is no statute of limitations restriction when dealing with abhorrent human rights violations. For example, The Convention on the Prevention and Punishment of Genocide has adopted the view that there should never be a statute of limitations for crimes of this nature and  “is undeniably considered part of customary international law.” This Convention gained acceptance from 142 countries, including the United States. Furthermore, some countries such as Germany, France, and Israel have taken it one step further enacting national legislation reflecting the Convention’s stance.

The second disturbing element of this case is the fact that after the judge had dismissed the case, the international community became infuriated that Duvalier possibly would not be prosecuted. Haiti immense support from the international community but still had to wait three years to even interview potential witnesses. After the case had been reopened, the Human Rights Watch released a detailed report outlining the potential institutional issues Haiti’s judicial system would face. They noted the most glaring weaknesses as lack human resources, a lack of technical expertise, and a lack of overall efficiency.  Whatever the reason may have been, the victims of Duvalier’s conduct were never able to witness Duvalier be punished for his actions. Reed Brody of the Human Rights Watch stated, “Duvalier’s death robs Haiti of what could have the been the most important human rights trial in its history.”

Should Haiti have sought direct help from the international community by bringing the case into an international court such as the Inter-American Court of Human Rights? How did the original investigating judge ignore customary international law and uphold the statute of limitations? What recourse do the victims of Duvalier’s human rights violations have moving forward?