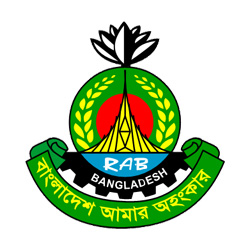 Rapid Action Battalion (RAB) was established in 2004 as an elite anti-crime and anti-terrorism unit of the Bangladesh Police. Although RAB has been successful in arresting terrorists, Human Rights Watch accuses RAB of numerous deaths. Since 2009, “the Awami League, have allowed the force to operate with impunity, leading to serious and systematic abuses.” In opposition, the Awami League has stated that RAB needs to be disbanded but “it has failed to take serious action despite hundreds of killings since it came to power.”

On March 23, 2011, members of RAB accused Limon Hossain, a 16-year-old child of being a criminal. RAB members then shot Hossain at point-blank range. A couple days later, Hossain’s leg had to be amputated in order to save his life. He additionally was not able to return home for more than six months because of medical reasons.

Asia director, Brad Adams, stated that said: “The Bangladeshi government needs to take action against the RAB officer who shot Limon, which led to a permanent disability, as well as those who perverted the course of justice by bringing phony charges against him.” Do you agree with him? I do agree with him 100 percent. RAB members should not able to shot a child at point-blank range just because they believe he is a criminal. These members need to be disciplined for their actions. However, instead of taking action against the RAB members responsible for Hossain’s injury the police took no action against his attackers. The police instead “filed several criminal charges against Hossain in an attempt to shelter RAB from accountability.”