Minesweeper: No Longer Just a Game 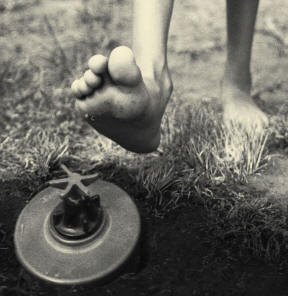 A recent announcement from the Obama administration pledges that the United States will finally conform to the requirements of the 1997 Mine Ban Treaty, with the exception of the Korean Peninsula. The new US landmine policy bans the use, production, and acquisition of antipersonnel mines. Additionally, under the new policy, the US will encourage other states to comply with the requirements as well.

So what is the Mine Ban Treaty? And why has it taken the US so long to conform?

Under the Mine Ban Treaty, signatories are prohibited from the use, stockpiling, production, and transfer of antipersonnel mines. Parties are obligated to identify and destroy current stockpiles, provide assistance to mine victims, and support mine risk education. According to a 2008 Landmine Monitor Report by the UN, 15,000- 20,000 people are killed every year from landmine explosions—80% of which are innocent civilians. Recently, landmines have been used as acts of terror; however, they have also been used as methods of protection. Historically, landmines were used to protect an occupying force from attack. One of the problems is identifying and removing mines that were left behind from previous land occupants. The purpose of the Mine Ban Treaty is not just to prevent new mines from deployment; it is also to prevent old mines—not originally intended to kill innocent civilians—from doing exactly that.

It is undoubted that the US has taken a stance on the issue. In addition to the new landmines policy, the US has taken other affirmative measures to prevent the loss of civilian life. For one, the US has not produced an antipersonnel mine since 1997. So why has it taken so long for the US to officially comply with the Treaty if it is clear that they do not condone the usage of mines? And why is there an exception for the Korean Peninsula?

The US currently has landmines deployed along the Korean Peninsula to prevent North Korea from invading South Korea. Seemingly, it is a well-grounded reason for carving an exception in the Treaty. However, should the US have the authority to create their own exception? Opponents of this exception propose (1) the US does not need to protect South Korea, (2) even if they do, they can simply turn over the landmines to South Korea and uniformly comply with the Treaty, and (3) if the objective is to protect South Korea, the US, and other Parties, can employ less hazardous and less life-threatening measures to accomplish the same goal. Proponents of the exception argue that removing every single mine would be too costly and prevent the US from using resources where they are most needed. Do you think the US should be allowed an exception under the Treaty? Does the US have an obligation to protect South Korea? And lastly, can you think of any alternative measures the US can use in protecting South Korea so they can fully comply with the Treaty?