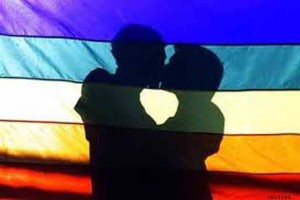 The issue of gay rights has become a common issue on the international front. For example, Puerto Rico has recently placed a ban on same-sex marriage, even though 32 U.S. states have legalized gay marriage. Russian anti-gay laws have been enacted, and India has overturned a 2009 court decision that legalized consensual gay sex.

In 2013, two cases went before the High Court of Singapore, regarding the constitutionality of a statute, which essentially bans any gay male intimate relations. The High court was the first to deliver judgments within the jurisdiction regarding the constitutionality of this statute. The first case involved a defendant charged with a criminal offense for having oral sex with another man in a public bathroom stall. The second case involved two plaintiffs involved in a sexually intimate and romantic relationship; they filed their own application with the court challenging the constitutionality of the statute banning gay relations. Both cases involved Article 12(1) of the Constitution of the Republic of Singapore as it states “All persons are equal before the law and entitled to the equal protection of the law.”

Today, the highest court of Singapore affirmed this holding. The three men were unfortunately denied their equal protections under the law, as the 76-year-old statute was not overturned. The court stated in their decision: “”Whilst we understand the deeply held personal feelings of the appellants, there’s nothing that this court can do to assist them . . . Their remedy lies, if at all, in the legislative sphere.” The law was retained by Singapore’s Parliament, in 2007, to “protect public morality.” Singapore may be a traditionally conservative society, but does that give them the right to deny these men equal protection under the laws of their constitution, or their fundamental human rights?

The Highest Court has wrongfully set a precedent legally enforcing discrimination against gay men. Anti-gay laws and the criminalization of homosexuality, like § 377A of the Singapore penal code, are clearly violations of human rights.  Do you agree with the court, however, that a remedy for this law must be addressed as a legislative matter? Isn’t one of the main functions of the highest court in a State to place a “check” on laws that violate constitutional rights? Do you think any international forums or organizations can take a stance in protecting individual citizens who have been denied their rights by a domestic judiciary system?