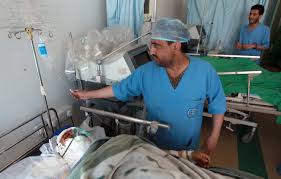 In October 2014, The Human Rights Watch (“HRW”) sent a detailed letter to the Yemeni minister of health, Dr. Ahmed Qasem Al-Ansi. The letter highlighted the fact that the HRW had direct evidence that HIV patients were routinely being refused treatment in Yemeni hospitals. Human Rights Watch spoke to seven HIV-infected individuals in Yemen who proclaimed that they had been continually denied treatment once the hospital staff were informed the patients were HIV positive. Several health workers also told HRW that they believed such discrimination is not unusual in state-run healthcare facilities. The United Nations agency UNAIDS has estimated that there were about 6,000 people living with HIV inYemen in 2013.

The applicable laws, both international and domestic, share a similar stance. The right to the highest attainable standard of health is guaranteed under the International Covenant on Economic, Social and Cultural Rights (ICESCR), which Yemen ratified in 1987. The United Nations Committee on Economic, Social and Cultural Rights, which ensures that countries are following the convention’s provisions, says governments “should ensure that appropriate goods, services and information for the prevention and treatment of sexually transmitted diseases, including HIV/AIDS, are available and accessible.” Furthermore, in 2009 the Yemeni parliament approved a statute directly addressing protection of the rights of people living with HIV.

The most disturbing element of this issue is the fact that even after Yemen’s attempts to mitigate the damage to HIV positive patients legally, there are still reports of discrimination. Dr. Ahmed al-Garati, who treats individuals living with HIV in Sanaa’s Republican Hospital stated, “We provide our employees with all the necessary safety equipment so this has nothing to do with the risk . . .  the same healthcare workers have no problem dealing with patients who have other diseases that carry a higher risk of infection. So why is there still discrimination?

In a 2012 Yemen Times article, Sadeq Al-Wasebi referenced factors that Yemen had to address before this discrimination would end. The most prevalent reason purported to explain this discrimination is a lack of education on the topic of HIV.  Abdu Al-Mansoob, head of the Abu Moosa Al-Ashari Association, is an Yemeni HIV activist who has voiced his opinion on the issue. Al-Mansoob’s association has been trying to reduce the negative treatment of HIV patients by educating journalists, security officers, judges and public officials but he still believes more needs to be done. He stated, “Most people in Yemen accuse AIDS sufferers of having sex and engaging in immoral behaviors,” he said. “We must deal with HIV/AIDS victims as human beings, regardless of what they have done. We should realize that all people are vulnerable to mistakes.”