Is it really worth it? – Think about the Rhinos 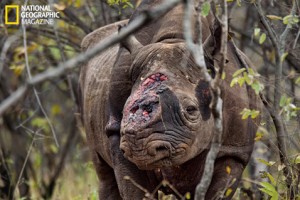 A major issue for the past century or so has been poacher’s illegally killing wildlife for goods to sell in the international market. Tiger pelts and ivory for animals’ horns have been at the top of the list. Just recently many major nations have been taking strides prevent these illegal activities. In one instance, the United States brought an action against a South African company for selling illegally obtained rhinoceros horns. These animal horns are being sold on the black market at prices that surpass those of gold. An eight pound horn alone can be worth over $360,000 on the black market. The value alone gives an incentive to the poachers; something valued at such a high price seems to outweigh the benefits to the wildlife in the eyes of these poachers, and many other for that matter. This does not make it okay though.

The Lacey Act speaks to illegal wildlife trafficking and poaching. On top of this, under United States and international laws, rhinoceros species of every kind are protected. In the case United States v. Groenewald, filed on October 16, 2014 in the Northern Division for the Middle District of Alabama, criminal charges were brought against the defendants for violations of the Lancy Act, aiding and abetting, conspiracy, mail fraud, international money laundering, and structuring. It is extremely important that justice is brought on wildlife’s behalf. People should not be able to violate international laws no matter what the reason. The acts that the poachers are performing are uncalled for. Vigorously killing off innocent animals in order to better themselves in the international market is unacceptable. Animals should not be subjected to these conditions. Poaching has many adverse effects not only on the animals, but on local communities and the environment.

Some species are becoming endangered from the rate that they are being hunted in, and something needs to be done to end this. Do you think that by the United States filing this action, poachers will be warned that they could face prosecution for their illegal acts, no matter what nation the hunt takes place in? Will this be enough to try to stop poachers from hunting these valuable animals?