Happy Birthday, Convention on the Rights of the Child. 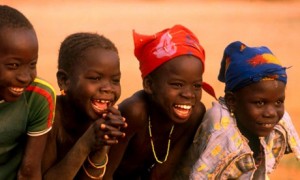 The treaty was created out of the belief that children are acutely vulnerable to exploitation and abuse and therefore deserve special protection. The CRC has promoted the best interests of children globally through law and regulation, protecting them from discrimination and abuse and ensuring their right to develop and be heard.

The United States helped lead the drafting of the CRC by contributing provisions to the convention in its final form. Likewise, the treaty incorporates numerous elements of U.S. law and practices.

However, the United States’ failure to ratify the treaty has allowed the U.S. avoids a commitment under international law. The treaty prescribes modest, time-test measures to facilitate the goals of protecting children. These goals require signatory states submit a report within two years of ratification and every five years thereafter to an 18-person committee of human rights experts. The committee then makes non-binding recommendations regarding steps that countries should take to fulfill their obligations. The reports are public in order to make states accountable to their democratic institutions and to the world.

There is a view among U.S. lawmakers that ratification would allow children to sue their parents. However, the treaty contains no such provision and leaves that issue to the discretion of ratifying states. Further, the United States’ failure to ratify suggests an underlying American view that human rights conventions will somehow erode U.S. sovereignty and federalism. This concern is false, considering that the United States has ratified numerous other human rights treaties, including those that protect against torture, discrimination, and genocide. Further, the CRC allows a country to ratify the treaty with reservations, therefore, if the United States fundamentally disagreed with certain aspects of the treaty, they could ratify without being bound.

Even though the U.S. has been a leader on many children’s rights issues, including child labor, problems still persist. Specifically, the United States has been dealing with the influx of unaccompanied minors at the border that are denied due process and the right to counsel in immigration hearings. There are still fourteen states that have no minimum age for trying children as adults, and some of those states still impose life sentences.

The current administration has stated their desire to ratify the CRC. Meanwhile, recent Supreme Court cases have brought American law closer to full compliance with the CRC. However, the United States is currently not subject to the transparent practices required under the CRC. Do you think the United States should ratify the CRC? Is the perceived threat to sovereignty unfounded? Further, what risk is posed to the United States if they subject themselves to self reporting under the treaty? Even if American law complies with the treaty, do you believe that ratification would renew the worlds focus on children’s rights?