War Crimes and Mali: Is The Judicial System Really The Problem? 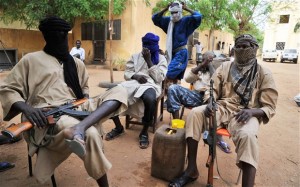 The UN independent expert on human rights in Mali, Suliman Baldo, expressed concern recently at the difficulties facing the prosecution of war crimes in Mali and urged the international community to assist the Malian government in strengthening the country’s judicial system. Baldo completed a 10-day visit to Mali in early February and reported the justice system faces difficulties in prosecuting alleged perpetrators of serious crimes committed by armed groups during the occupation of the northern part of the country in 2012. Baldo encouraged the government to establish a special investigation unit to expedite investigations because many crimes remained unpunished. He stated: “It is up to the Government to develop a vision to cope with the failure of Malian justice and mobilize technical partners for logistics, security and financial support,” and he explained it is critical that judges and police officers be deployed in places where the crimes were committed. Baldo also called on the UN Multidimensional Integrated Stabilization Mission in Mali (MINUSMA) and the international community to assist the government in supporting judges and their teams so that they can effectively conduct investigations on the ground, including materials, logistics, protection, and substantial resources necessary to visit the sites and locations where products are possible violations.

Following the armed rising against the Malian government in early 2012, the nation has been the subject of international concern regarding war crimes committed by the Malian government and opposing forces. Last week, Columnist Eric Leonard, the Henkel Family Chair in International Affairs at Shenandoah University, argued that US President Barack Obama’s recent memorandum regarding US troops in Mali represents a step backwards in the relationship between the US and the International Criminal Court (ICC). In November, General Amadou Haya Sanogo, the leader of the March 2012 coup, was arrested on charges of murder, complicity to murder, assassination and kidnapping. Last March, Malian Tuareg rebels called on the ICC to investigate alleged war crimes committed by Malian government forces during the conflict.

How, exactly, does a country “strengthen their judicial system” in order to aid with the expediting of investigations of serious crimes?

Is the judicial system a problem, or is more of a failure of the legislative branch? If the latter, how should the legislature approach such a problem?

Sources: The Unites Nations; The ICC