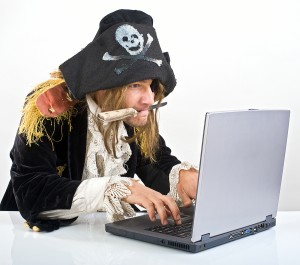 With internet speeds ever increasing and technology ever advancing, access to information is always a keystroke and a mouse click away. However, this information is widely protected and may put individuals in harm’s way if the fail to adhere to intellectual property laws as well as legislation geared to prevent online piracy. Online piracy is rampant nowadays, with internet users able to access sites like thepiratebay and KAT.com quickly and easily, search through potentially millions of files to get what they need. This includes books, movies, video games, computer software, TV shows and viruses. For the poor law student, or anyone who has no disposable income, this can definitely be a great benefit and help them access more information and tools to get through life. However, lawmakers don’t see it this way. Instead, this “theft” of intellectual property has prompted action from nations who have recognized this issue.

For example, in the summer of 2013, the UK instituted an IP crime unit to help combat this issue, providing over £2.5 million over the next two years to the City of London police to combat this crime. This unit will coordinate the national and international responses from law enforcement as well as public and private sector partners so they can counteract this illegal enterprise and stop the proliferation of intellectual property. It is believed that by 2015 global losses from online piracy will be upwards to $250 billion dollars, but who exactly will these officers be targeting? Will it be the big websites that have incredible servers and computers to handle all the traffic the website receives or the little fish who just want to hear Lady Gaga’s new CD Artpop, but don’t have enough money to buy it? Also, is the government just being used as corporate lapdogs for big companies who are better off suing individuals for misuse of their products?

The United States has also been seemingly trying to combat online piracy with legislation like SOPA and ACTA which serve to stop online piracy and have big companies provide more disclosures as to what their clients are doing online. Other actions include putting countries, such as Spain, Canada, China and Russian, on watch lists for their failure to address the online piracy problem. The issue is combating this problem outside countries boarders. Many of the bigger websites find safe haven in countries that do not have strict online piracy or IP laws and are effectively immune from prosecution. Some countries have taken more proactive steps and have made access to these websites illegal and blocked them entirely. The United States has succeeded in the past with blocking certain websites, such as megaupload.com, but it’s more recent endeavors to control online policy have been nothing more than frivolous and pointless.

Do you believe that UK’s new crime unit will have any impact on online piracy? Has the global community properly addressed online piracy issues? What can a country do to better combat online piracy? Is it fair that individuals who pirate once are more severely punished while the main proliferators of protected material have been effectively immunized by their countries laws?