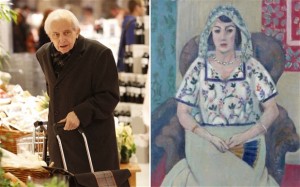 Earlier this month, German police revealed their discovery of about 1,500 pieces of artwork, in a Munich apartment, thought to have been looted by the Nazis and taken from Jewish owners in the 1930s and 1940s. This discovery was a huge surprise, because the search warrant used to raid this apartment came from a tax evasion investigation. The artworks are believed to be worth around $1.4 billion dollars, and even include pieces by Pablo Picasso, Chagall, Matisse, and many more famous artists.

The artworks were confiscated from 80 year old, Cornelius Gurlitt, who acquired all of the art from his father. Prior to WWII, his father was a well-known art dealer who was the director of the Hamburg Art Association and given the duties to work with art-work confiscated by the Nazis by selling them overseas. However, he claimed all of the looted artworks were destroyed by the fire at his house in 1945. Now, experts believe he lied and secretly bequeathed all of the “destroyed” artwork to his son. Additionally, a lot of the artworks were also bought from Jewish collectors who wanted to escape Nazi Germany.

The issue now is whether authorities will be able to build a case against Mr. Gurlitt and forfeit his ownership rights. As of now, all they can do is continue to substantiate the origins of the artworks in hope to clarify which ones were actually looted and which ones were received due to forced sales. Mr. Gurlitt claims his father lawfully purchased these artworks from museums and private dealers. Under German law, he remains as the owner of the art pieces until authorities can prove otherwise. Also, authorities need to keep in mind the statute of limitations issues since it has been decades since the art has been allegedly “stolen”.  In Germany, there is a statute of limitation rule called “Ersitzung”, which has been around for the past 30 years.  This rule provides the current owner property title after 10 years unless it is proven one acted in bad faith. One could also point out that the investigation originated from a tax evasion and not the search for unlawful possession of art.

The dealing of stolen art throughout the world continues to be a big problem. It amazes me how Mr. Gurlitt was able to sell some of his artwork out of the country without proper certificates from the German government which is a common law among many countries. However, I’m sure if he did sell overseas, he sold his paintings through the black market and was able to avoid attention for the most part. I actually sort of feel bad for Mr. Gurlitt, since it seems his father was the bad guy and he just felt the obligation to preserve the family property. The times he did sell artwork, he said he did it to pay bills such as his medical ones.

So what do you think she be done with the art? Mr. Gurlitt refuses to give up any right to the artwork and demands it be returned to him. “Saying goodbye to my pictures was the most painful of all”.