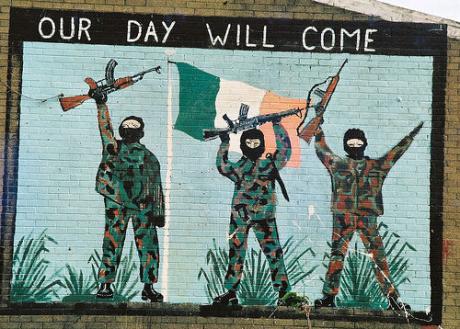 About a month ago, Kenneth Donohoe was convicted for being a member of the IRA. The IRA, or Irish Republican army, dates back to the early 1920’s and were originally a parliamentary organization that sought to remove Northern Ireland from the United Kingdom. Recently, they have been linked to organized crime and criminal activities such as racketeering, bank robbing, fraud, money laundering, drug dealing, and kidnapping.

In November 2004, Donohoe was tried before Ireland’s Special Criminal Court who found him guilty and imposed a sentence of four years in prison. The Chief Superintendent P.K gave a key piece of the prosecution’s evidence. He claimed that it was his belief that Donohoe was a member of the IRA. He told the court that his belief was based on confidential information of oral and written nature that was available to him from police and civilian sources.  The Special Criminal Court directed the Chief Superintendent to produce all relevant documentary sources, which formed the basis of his belief, and it reviewed those files in order to be satisfied as to the reliability of his belief. Neither the prosecution nor the defence had access to that confidential material.

However, he refused to identify those sources claiming privilege because disclosure would endanger human life and State security. Donohoe inquired to have the sources disclosed, arguing, “that the trial would be unfair if he did not know these courses and the evidence against him.” The trial judges reviewed the inquiry and the confidential files in order to satisfy the reliability of the Superintendent’s sources. Eventually, the Court of Criminal Appeal refused Donohue’s application for his appeal to be taken to the Supreme Court.

Donohoe’s complaint stated that the non-discloser of the confidential sources had restricted his deference and that the trial court’s review of that material was inadequate, under Article 6. He also claimed that the trial court’s review excluded effective safeguards “to ensure that the material could be evaluated in a way which did not prejudice his right to a fair trial.” Donohoe believed that it was unfair for the trial court to have access to material which “he alleged was persuasive of his guilt but to which he . . . had been denied scrutiny of any kind, the SCC review of the material having been held in private.”

The court found that “the justifications given – of protecting human life, namely, persons in danger of reprisals from the IRA and State security as well as the effective prosecution of serious and complex crime – had been compelling and substantiated and that the non-disclosure had therefore been necessary.”

Do you believe that this was the correct ruling by the court? If not, what other factors should have been weighed? If so, do you believe the court correctly applied the balancing test, or could they have possibly overstepped?